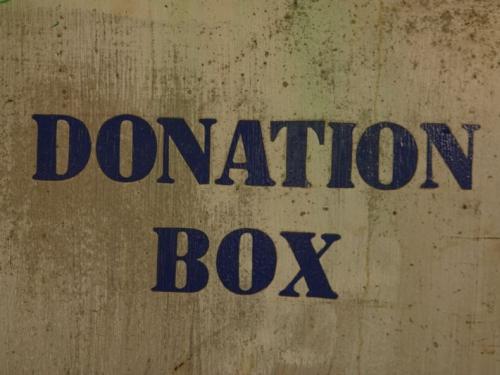 When we wait to ask for help until we are at the end of our rope or when we no longer know what to do, we’re asking for charity. We are looking for others to bail us out. We can’t offer very much, if anything at all to the partnership, because we’ve shot all our bullets. What’s worse is we’ve missed the target. We’re so close to the end that we have to relinquish all control to someone who can “hopefully” pull us from the fire and save us.

When we get in this deep we have no choice but to ask for help. However, It’s better to ask for help at this stage then just fail gracefully. You owe it to yourself and your constituents/stakeholders to try to the end. The real issue when you find yourself in a situation like this isn’t that you’re about to fail if someone else can’t bail you out, it’s that you let it get this far before asking for help. Waiting till there are few options left and until you’ve come to the end of your capabilities before asking for help is irresponsible and means you’ve squandered most of the good opportunities you were originally afforded.

When we are asking for help in advance of a problem we are being proactive. We are anticipating problems and looking for support from those more qualified or in a better position than we are to solve the problem. When are anticipating problems and recruiting help to solve them, we are being collaborative. We’re leveraging the best skills around us to achieve our goals, not get us unstuck.

Too often many of us are afraid to ask for help. We think it looks like a weakness. It is a weakness if you wait until the shit hits the fan.  At that stage it is a weakness and you’re asking for charity. Most of us don’t see strength in asking for help, therefore we don’t ask for collaborative help, we wait until our ass is on fire, then we ask for charity. It’s not till all hell breaks loose that we finally buckle and ask for help. By that time though it’s usually too late. The ship is going down.

Change your view on asking for help. Start looking for help early. Think of help as working collaboratively and not as referendum on your skills.  Be proactive in anticipating the problems you’re going to run into and ask for help avoiding them before they even start.

Ask for help early and often. Look to give help to others, even without being asked. Accept help that’s offered to you. Build help into your plans, make getting help part of  how you perform.

Help is like borrowing money from a bank. Everyone is ready to give it to you and you’re deemed worthy when you don’t need it. It’s when you go the bank because you’re desperate and  NEED the money that things get ugly.

Don’t ask for charity, be collaborative.