They don’t need any guarantees that they will be successful, they only want the opportunity and they will go make it happen.  They bet on themselves. They seem to operate in a way that is normal to them but doesn’t come natural to others. Their drive is different and their work ethic is different. They just operate differently. 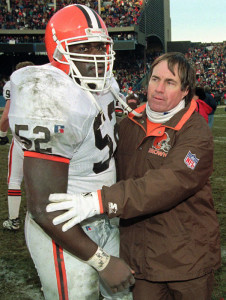 My boy Pepper was great! Yes, I played for Bellicheck

I was fortunate enough to play in the NFL alongside some great players, Hall of Famer Darryl Green (#28) and Pro Bowlers Ken Harvey and Pepper Johnson (#52) come to mind.  These men were phenomenal players but that was no accident.  Their work ethic was different than the typical player.  When most of the team was tired and resting, Darryl was studying. We felt like we were working hard in the weight room when we did an extra set, Ken Harvey did 3 extra sets.  After practice we just wanted to shower and go home, Pepper Johnson would go to the weight room to do extra cardio. During my internship with the Oakland Raiders I watched Jerry Rice at age 40 catch the ball at midfield and sprint until he reached the end zone.  At this point in his career it was well established that he was one of the best players the NFL had ever seen, and he had nothing to prove to anybody.  But his work ethic and his practice habits set him apart from everybody else as one of the best receivers to ever play in the NFL. So what does all of this have to do with recruiting?   Pro athletes bet on themselves.  They train for 6 months, then practice for a month just to have a chance to be on the team.  So when I’m interviewing a candidate I try to find out if the person is willing to bet on his or herself, with no guarantee of success.  I look for somebody who has confidence in their process and skills, which allows him or her to crush their quota when given the opportunity. If a candidate only wants me to submit his or her resume and see if our client wants to 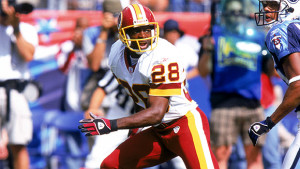 talk to him or her, that tells me he or she will only do the bare minimum and will probably do the same once employed by our client. I had a candidate tell me that he played basketball in high school and had a chance to go compete at some smaller colleges.  The level of competition was too low so he declined and attended college as a regular student.  That just told me that he wasn’t going to compete unless the level of competition was up to his standards.  A true competitor will compete at any college level and compete in anything from a bowling game to a hot dog eating contest or anything else that doesn’t even matter in the big scheme of things.  That reminds me of a time I took my players to Buffalo Wild Wings for all-you-can-eat-wings night and beat them in a chicken wing eating contest.  I will tell you about that great victory some other day. Recently in a blog Anthony Iannarino, President and Chief Sales Officer at Solutions Staffing said “The hustler bets on his or her self” and I couldn’t agree more.  One of the great things about being a recruiter is that I come across people who bet on themselves daily.  Starting with our clients who have built successful businesses. I’m not sure if any of them were athletes, but all of them have won the bet.