You’re on your tenth outreach to your prospect and have yet to hear back. You set up your call cadence to follow-up with the hopes that your persistence will prove worthy. You’ve connected on social and followed your prospects, their respective company and any other relevant decision makers in the company.

Still nothing. Does this sound familiar? 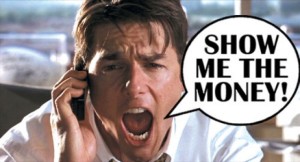 For all too many salespeople this describes a fundamental problem, which hinders our ability to crush quota. You might be thinking so..now what? I’ll make the eleventh call and hope for the best? Not so fast.   Instead have you tried jumping on their website and subscribing to their newsletter (if they have one.) I do this for the majority of my prospects. The next step is key. Besides that fact that you’re sharing their articles and updates, you need to SIGN UP FOR THEIR DEMOS/WEBINARS.   Stay with me. Until this point you’ve been unable to get someone on the phone. And if you’re ever participated in a webinar/demo you know one thing. If they’re a good company they will always do a follow-up after you’ve signed up and/or participated in their demo/webinar. While a majority of these follow-ups are via mass emails with your name plugged in; sometimes you’re lucky enough to receive a personal call.  Don’t view these calls as pesky cold callers trying to reel you in. This is your golden ticket.   You now have the ability to have a real conversation with someone at your prospect’s company who can get you in touch with the decision maker with whom you’ve been persistently trying to get ahold of. Viola! Let the sales magic happen.   I recently participated in a webinar for a prospect with whom I’ve wanted to get ahold of. I had a great conversation with a Sales Rep, who we’ll call Amanda. During our conversation, Amanda was navigating through my company’s websites and becoming more familiar about our company and the services we provide. After 15 minutes of answering her questions and setting up a demo with my colleague, Kira, and myself I turned the table to learn more about her company. What I found was that the location she works at has 35 employees with a goal of growing its workforce to over 200 during the next 1-2 years. (I’m visualizing the signed contract!) 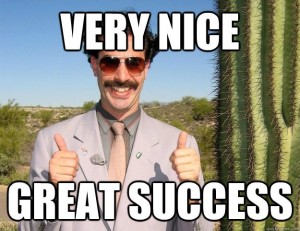 I told her light-heartedly that I would hope she would consider A Sales Guy Recruiting, to build up their sales team since that’s what we do so well. She agreed and said she would forward over my contact to the decision maker. I knew better than to leave it at that. I thanked her, got her email and sent her a follow-up thank you email the second we got off the phone. She forwarded it to the person in charge of hiring and set up a warm introduction. The deal is far from over but the hardest part is behind me!   This isn’t revolutionary but rather a simple approach to getting in front of the right people when your other approaches aren’t working. Sign up for demos and dig deep when you have them on the phone. Thanks for reading! Follow me on Twitter and share some social love.