In my previous blog “How I let JJ Watt, one of NFL’s best, slip through my fingers.” I talked about how during the recruiting process of a student – athlete I spend too much time focusing on how great what I had to offer was.  And failed to align what I had to offer with what the student- athlete valued and what his future goals were.  I don’t think that is uncommon amongst recruiters. Nick Kasa was a student – athlete from Colorado and among the best and highest ranked in the nation. And he grew up about 15 miles from the CU-Boulder campus.  Just like JJ he was an excellent fit for what we were looking for.  He was a great player, he had good grades and he learned really fast.  He was a great person off the field as well and impressive in the weight room. Nick had countless scholarship offer and the competition to sign him was fierce.  We got him to visit the CU-Boulder campus but he ultimately decided on the University of Florida, who had won the national championship 2 of the 3 previous years.  Everything they had was bigger and better, and they had more money than we did at Colorado. And did I mention the 2 national championships in the last 3 seasons?  So how did we pry Nick away from the Florida Gators? Florida was unable to line the value of what they had to offer to with Nick’s future goals.  He wanted to play Defensive Line or Tight End and Florida was going to make him play offensive line.  That is like asking Luke Skywalker to join the Dark Side.  So he changed his mind and signed with the University of Colorado where he had a great career and was drafted by the Oakland Raiders. 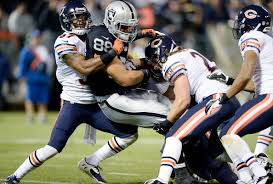 So recruiters stick to your process. We all have our system in place that we use to evaluate the candidates.  We all have our step by step detailed process that is in place for a reason, and it is solid.  This process has brought you your A players and your ability to identify the B and C players.  I know we are competitors, and we always want to get that one extra win.  But don’t lose sight of the things that have made you successful.  And don’t lose sight of the fact that it is not just about providing value to your client, but also about providing value to your prospect. A Sales Guy Recruiting does not just find the right person that can do the job, but we also make sure that the job lines up with the prospect’s future goals. And that this new position gets him or her a step closer to what he or she is trying to accomplish. We don’t do check boxes, we dig deep and tell the prospect’s story.