As the defensive line coach at the University of Colorado in Boulder I had the chance to recruit one of the best players in the NFL today, JJ Watt.  His resume was impressive and he was a perfect fit for what we were looking for.  He was a phenomenal athlete.  When you watched his film he made play after play all over the field.  He was very productive, he had good grades, and he had strong weight room numbers.  When it came to the intangibles (the things you can’t measure), he was just as impressive.  He was smart, he was a hard worker and he was tough.  He was respected by his peers, he was a grounded and well rounded individual, he treated people in his school with respect and his teachers loved him.  He thrived during times of adversity.  He could learn fast and he understood concepts.  He understood and could articulate what the opponent was trying to accomplish in certain situations.  He had set himself apart in every possible way and our staff was sold and offered him a full ride scholarship and a paid weekend visit to Boulder so he could meet the staff, see the campus and town. 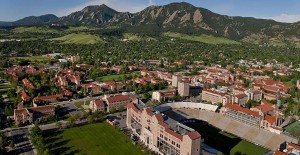 So how did I let him slip through my fingers?  I failed to align the value of CU Boulder with what JJ and his parents (the champion and decision maker all in one) valued.  Among the many great things CU offered were, great athletic tradition, top national athletic competition, the weather, the beautiful campus with strong academics, the Flatirons (the mountains in Boulder), social life, Denver, all major pro sports, the outdoors (skiing, rafting, hunting etc.).  And getting coached by a former NFL player to provide the tools to get to the highest level of professional football.  But ultimately I focused too much on how great CU Boulder was and not what was important to him and how I could help him achieve his goals. Does that sound familiar?  Here is how this story relates to recruiting.  We get so excited about the really cool and innovative companies we work for, the products that they offer and how they are able to solve business problems. “This job is fantastic, why would anybody NOT want this job?”  But it is not just about us or the great position that we are looking to fill, it is also about the prospect.  What are their future goals?  What does their next job ideally look like?  How will this move bring them closer to their future goals?  What do they value?  If a prospect is tired of commuting a raise might not be as attractive as a job in their home town.  We expect a salesperson to be able to ask the right questions, we expect nothing less of ourselves at A Sales Guy Recruiting. ASG Recruiting does not just find the right person that can do the job, but we also make sure that the job lines up with the prospect’s future goals. And that this new positions gets him or her a step closer to what he or she is trying to accomplish. We don’t do check boxes, we dig deep and tell the prospect’s story.