At A Sales Guy, we’re a culture of grit.  We’re badasses, and we’ve got the grit to really lead the pack and get it done.  So what really is grit?  Keenan tackles grit here: Do You Have The Grit Of This Honey Badger. 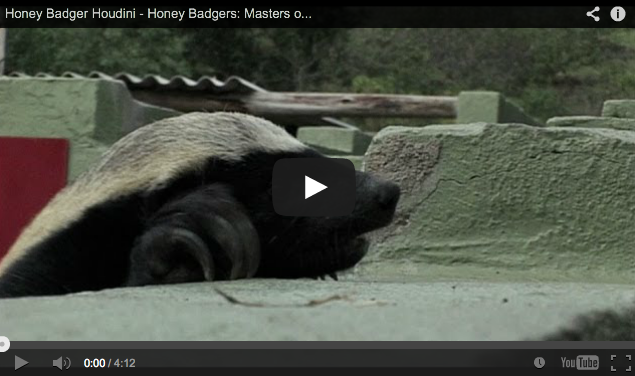 People often confuse grit with talent, but in fact grit has no real relation to talent.  According to Angela Lee Duckworth, psychologist and one of the leading researchers on the topic says “grit and talent either aren’t related at all or are actually inversely related”.  Whoa!  Yeah and now we’ve got the research to back it up. Talent does not imply grit. If you haven’t already seen Angela’s TED talk, it’s worth the 5 minutes; she talks about the idea of building grit in kids called growth mindset. “The belief that the ability to learn is not fixed, that it can change with your effort when kids read and learn about the brain and how it changes and grows in response to challenge, they’re much more likely to persevere when they fail because they don’t believe that failure is a permanent condition.” 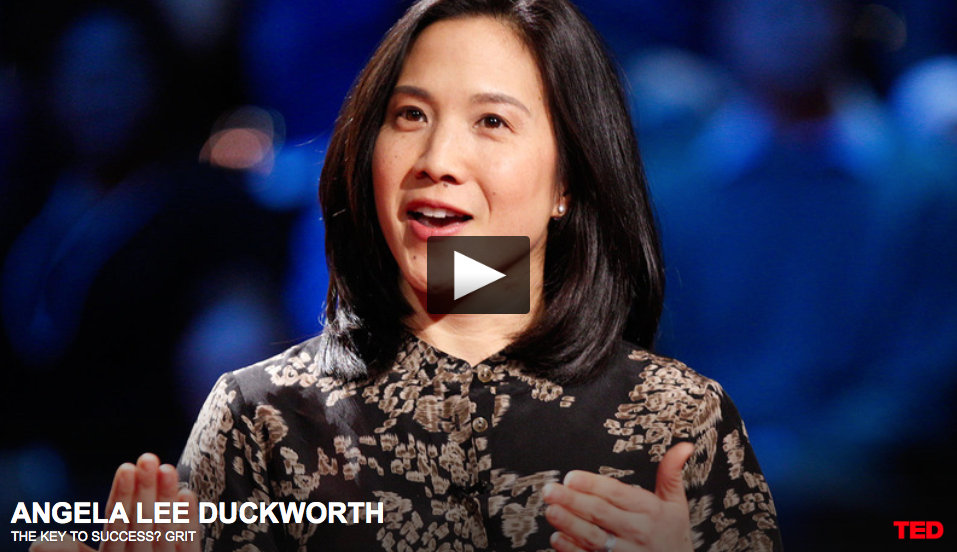 Think about that for a sec…really think about it.  This is very powerful stuff.  Grit doesn’t come from a place of intelligence.  It comes from a place of heart, passion and it creates the stuff of perseverance and drive.  Grit.  The drive and will to invest the extra time into something, to excel.  Failure does not affect those with grit, like it does your average Joe.  Failure is viewed as a mechanism for growth, and not an implication of self-worth. Here’s another great story:

“One of the lessons I taught my kids was the simple math of how hard work puts you ahead in life. I told them that if they put in an extra two hours a day on a specific job, at the end of the month they would have gained an entire week on their peers (based on a normal eight hour workday). In a year, they would be three whole months ahead. Tom Brady, Larry Bird and other professional athletes are examples of how maximizing your talents are far more important than some biological edge.”  Read Shabbir Dahod’s story about grit here: Got Grit? The Secret Sauce To Success

“Woody Allen once quipped that 80 percent of success in life is just showing up. Well, it looks like grit is one thing that determines who shows up.”  Angela says, in an ASCD interview.  She talks about some of the studies  conducted that speaks to grit.  One of them being about taxi drivers.

“It reminds me of a study done of taxi drivers in 1997.1  When it’s raining, everybody wants a taxi, and taxi drivers pick up a lot of fares. So if you’re a taxi driver, the rational thing to do is to work more hours on a rainy day than on a sunny day because you’re always busy so you’re making more money per hour. But it turns out that on rainy days, taxi drivers work the fewest hours. They seem to have some figure in their head—”OK, every day I need to make $1,000″—and after they reach that goal, they go home. And on a rainy day, they get to that figure really quickly. It’s a similar thing with grit and talent. In terms of academics, if you’re just trying to get an A or an A−, just trying to make it to some threshold, and you’re a really talented kid, you may do your homework in a few minutes, whereas other kids might take much longer. You get to a certain level of proficiency, and then you stop. So you actually work less hard. If, on the other hand, you are not just trying to reach a certain cut point but are trying to maximize your outcomes—you want to do as well as you possibly can—then there’s no limit, ceiling, or threshold. Your goal is, “How can I get the most out of my day?” Then you’re like the taxi driver who drives all day whether it’s rainy or not.”

This really crystallized grit for me.  At the end of the day what defines those with grit is not achievements but excellence, the possibilities are limitless.  Are you the taxi driver that drives all day in the rain? Think about your next hire.  Is your candidate gritty?  Does he/ she really have what it takes to stick it out when the going gets tough? He/she may look great on paper, may have all the right skills, experience, and frankly everyone attests to their talent.  But does he/she have the passion that drives the grit to sustain over time?  Take our grit test and find out.  Have your candidate take the test and email the score to you.  Just enter the email address of whom you wish the score to be sent to.  I’ll leave you with one of my favorite Einstein quotes: “I have no special talent.  I am only passionately curious.”